Gene, food, and culture consistency is the evolution of the foods that tide us to our genes and our ancestral homeland. In other words, there are endless connections between our food selections, our genes, the food our ancestors ate, and the land our ancestors called home. Cultural food around the world is not just about random ingredients blended by a fantastic chef. Rather, each cultural cuisine depicts the evolution of a particular ethnic population based on the availability of edible plants and animals. Therefore, when an ethnic population is removed from their homeland or wander too far from their traditional food and drink—diet. The result between mismatches between genes, environment, and diet affects the quality of life of billions of people. Many health problems can be prevented if we pay attention to our ancestral diets and our genes. Problems such as heart disease, onset of diabetes, several forms of diet inflammations, and food allergies. This ancestral origin is not somewhere in a remote corner of the world; it is embedded in our food choices and in our genes. The places our ancestral cultures called home are embedded in our diet, our genes, and our culinary selections.

According to the book Deep Nutrition, “If the people in Japan, eating lots of fish and fresh vegetables, and the people of the Mediterranean, eating dairy and foods drenched in olive oil, can enjoy superior health, and attribute their good health to the foods they eat, then how is it that—enjoying apparently different foods—they can both lay claim to the number-one, best diet on earth? Could it be that many cultures hold equal claim to a fantastically successful nutritional
program? Might it be that people all over the world are doing things
right, acquiring the nutrients their bodies need to stay healthy and feel
young by eating what appear to be different foods but which are, in reality, nutritionally equivalent?

What is cultural food?
A diet that is consistent on a biological molecular level, which feeds genes and determines the balance of health. For humans, it is said that from agriculture derives culture—food is what shape your genes; it is what balances you as an individual. In ancient Egypt, a priests would observe animals and what foods they were eating. A high Priests were able to link certain physical and spiritual attributes of an animal based on a particular diet. The priests could link different attributes of an animal through food. Therefore, when you stray from cultural food of your origins, you are changing your genes and your culture—as a result, your health. Nature places different ethnic groups geographically with the food needed for sustainability—this is called gene-food-consistency. A system that supports and gives substance to all living organisms on earth. Whether in Africa, Asia, or Europe, Gene food consistency exists. In its pure essence, Asians were placed in Asia with everything they needed to support life, Africans in Africa and Europeans in Europe, etc., We are what our ancestors ate.

Does food affect our genes?
Your diet can change how your genes work. According to the book Food, Genes, and Culture, geneticists suggested that certain foods can interact with a particular set of our genes. For example, geneticists believed that they have found genes that caused alcoholism—depending on your culture, you may have several genes that are involved in getting you drunk or sober (Food, Genes, and Culture, 2022). Furthermore, there is a gene for sucrose intolerance. Considering there are so many products containing sucrose like toothpaste, almost every drink beverage in the market, and another gene intolerant is gluten in cereal grains, which is a contributor of celiac disease. Humans do not share all the same genes or like the same food. According to food, Genes, and Culture, about 15% of human genetic diversity appears to be different from among other ethnic populations. Some human species produce more of a certain chemical than other humans. Studies have found white Caucasian produces more sulfur than other human species (Dr. Lailla). Sulfur is a clever and unique chemical; it can freeze under extremely high temperatures. Sulfur can freeze in an oven at 180 degrees Fahrenheit. That difference, big or small, should be informed to people because the point is no one is better, but we are simply different.

According to research conducted by the Norwegian University of Science and Technology (NTNU), "feed your genes." They discovered that certain food when eaten by different ethnicities cause some genes to work harder and to produce different expressions: Some genes caused inflammation in the system, cardiovascular diseases, cancers, dementia, and diabetes. When scientist Compared African Americans and white Americans who eat the same food. If you are of African descent, you are more likely to develop degenerative diseases mentioned above. This reinforces that biochemically our bodies are different. This slight difference needs to be acknowledged.

Gene, food, and culture is a plant-based diet that is consistent with the biological molecular structure of an ethnic group population—food that compliments genes. Naturally grown food without the interference of humans that are minerally dense for eating, nourishments, and sustainability. Such food must be consistent with the following common characteristics: the same climatic origin, same organic mineral contents, and of the same local water that affects the development of all other plants or agriculture in that region. Foods, in turn, becomes the product of our genes, culture, and the unique identity of an ethnic population—eat for your genetic type.

According to the book " How to get well" by Pablo Pavialo. If your ancestors are of African descent, your body was not designed to process meat and dairy. Many researchers have come out in the past decades that most Black people are lactose intolerant. This difference of not being able to properly digest milk must be considered. These are the differences we need to keep questioning. The book illustrated an important point about genes, food, and culture because even though we are all humans, but biochemically we do have some differences and those differences need to be informed to people (How to get well, 2022). 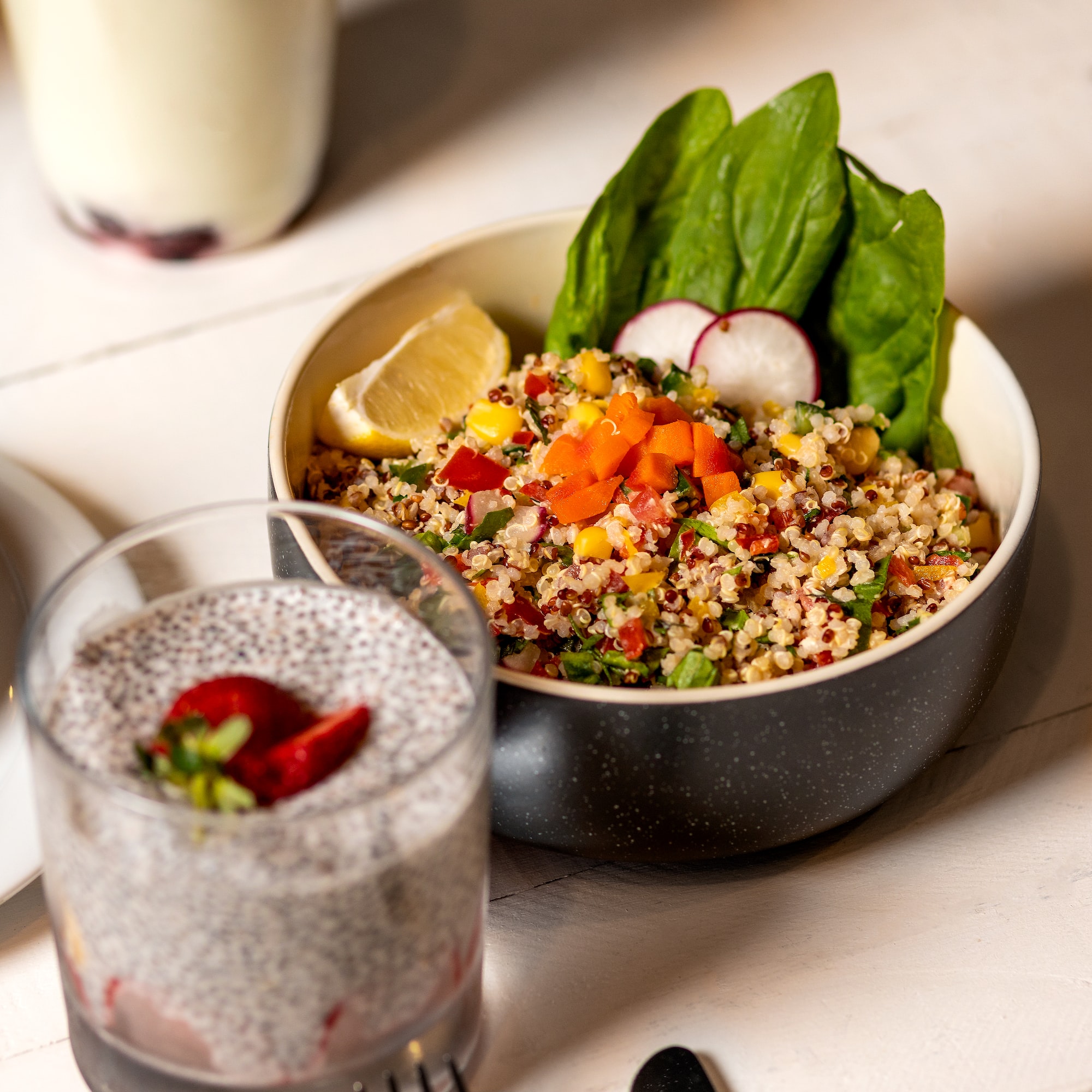 Don't eat food for a day and expel mucus, flush out toxins, and detox wastes from fasting

Humble your health through fasting that you can honor your body and discipline yourself in eating nothing for a day
Mar 9, 2020
2 min read
Feb
22